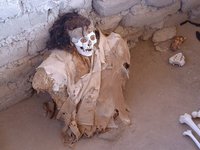 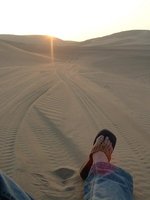 My impression of buses in Peru had completed changed when I stepped into the executive class of a Ormeno bus at the Arequipa terminal to head for Nazca, where the famous Nazca lines are. After a first-class sleep, I visited a cemetary from the Nazca era about 700-800 years ago where mummification were used for bodies similar to the Egyptians. From there, like most other tourists who come to this uneventful town, took the sky to see the Nazca lines. Maybe it's the overhype of these lines in all the guidebooks or maybe it's the heat, although they are no doubt very impressive, I could not help myself but dozed off during the returning trip on the helicopter.

I had no time to waste. After a refreshing cerviches snack for lunch from a street vendor at the local bus terminal, I continued my journey north to Ica (a bustling town where the famous Pervian drink Pisco Sour came from). A nearby town called Huacachina has the world largest sand dunes. An hour of adrenaline sand buggy ride and watching the sun setting in the dunes made me forget all the problems in this world. 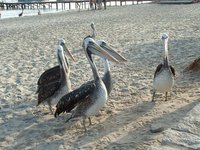 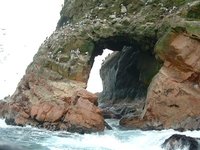 From Ica, another hour of bus ride took me to Pisco, where I finally stayed overnight after visiting a local disco. One of the major reason most tourists come to Pisco is because of its nearby paradise for wildlife, namely the Ballesta's Island in Paracas, also nicknamed the 'Poor Man's Galapagos'. 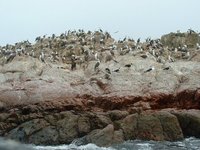 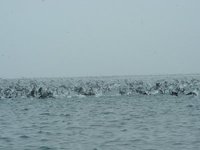 Of all the birds and wildlife I have seen on this trip in Bolivia, nothing prepared me to witness the consistent stream of birds hovering the cloudy sky like rush hour in any major cities in the world, only without traffic lights. 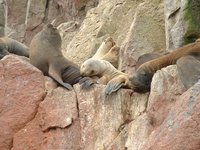 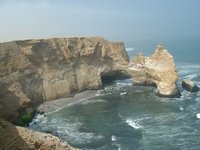 Groups of sea lions lying on the rocks lazily, obviously used to the annoying tourists and their noisy speedboats. White guavo, or bird droppings, were all over these islands and used as natural fertilizers, one of the major income for this area. To come so close to these wildlife in their natural habitant in the pacific ocean is yet another eye-opening experience for me, a city girl, who quietly hope to lead a simpler life one day in a small town without the human pollution of materialism and greed.