Trekking for the mind 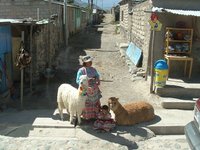 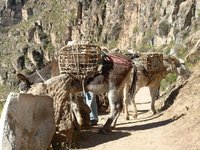 A 5-hour bus ride took me from Puno to Arequipa, the second largest city in Peru (some says Trujillos), which was independent from Peru until the 1880s. Another colonial town similar to Salta in northern Argentina and Sucre in Bolivia, Arequipa is surrounded by both active and sleeping volcanoes such as El Misti, Chachani and Pichu Pichi, therefore prone to frequent earthquakes with some of them devestating. 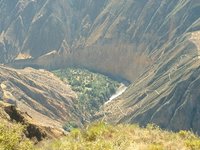 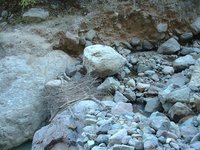 All these landscape creates tremendous trekking opportunities especially inside the Colca Canyon, which is over 4000m deep, twice as the Grand Canyon. Over the 3-day tour with our guide tour, Edgard, and another German engineer (who actually works for Porsche), I had replaced my fear of downhill trekking by a surge of exiliration. Spending time with the mountain god, Apus (in Quechua), in this area is a spiritual experience. Edgerd not only explained the pre-inca traditions and beliefs by the villagers in the area, but ensured I was thoroughly haunted by his numerous spiritual encounters under the countless stars in the night sky with nothing but candlelight. We overnight at a village called San Juan de Cuccho. To satisfy my astrological curiosity, he introduced me to the proximity of the black hole within the Southern Cross and the Scorpion constellation. 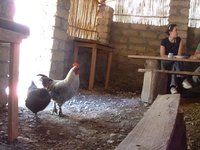 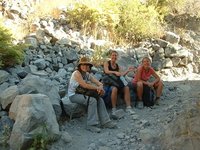 The next morning, we passed a few more villages such as Cosnirgua and Malata before reaching the 'Oasis' at Sangalle, three small resorts in the bottom of the mountains with swimming pools filled with refreshing mountain water. An energy lunch and short nap prepared us for the steep and long hike under the afternoon sun back up to the Cabanaconde village. The 3-hour uphill hike was comparable to the hike to 'Dead Woman Pass' at the Inca Trail and was equally satisfying. Watching sunset at the mountain top was definitely the best reward. 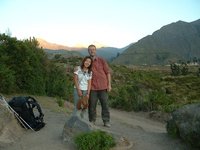 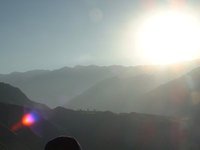