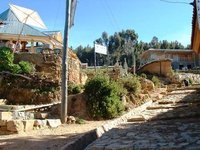 From Copacabana, I took a boat to Isle de Sol (Island of the Sun) legendary where the sun was borned. The boat ride took longer than expected but once we stepped on the island, our impaticence was immediately replaced by the serenity and view of the long stone steps with an equally high inca water fountain leading up to Yumani, where the hostels are. 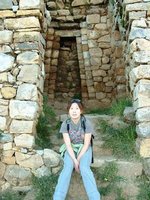 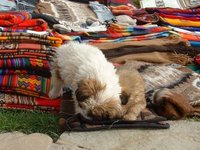 I managed to share a triple room with Jena, the girl from Norway and Christopher from Qecbec for 20 boliviano ($2.5) each with a lake view at a hostel with the two cutest puppies which cannot be stay apart from each other. We spent the next hours trekking to an inca ruin called Pilko Kaina which is thought to be constructed by an inca emperor. We then headed back to our hostel and being a sunset addict, I decided to walk to the other side of the island for this daily miracle. 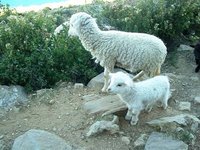 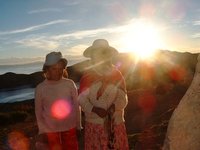 With a hot cup of coca tea in hand, I used my broken spanish to bargain with the local girls for a bracelet while trying to enjoy the sun setting behind the mountains in the far end. However, with altitude over 4000m, the freezing temperature did not allow me to stay long. The night is best to be spent with a trout dinner, famous from Lake Titicaca. We met another couple from Paris and one of them is a physicist/astrologist. My immediate instinct was to ask him to identify the endless number of stars in the sky. Saturn and the Southern Cross were distinctly visible with a bright cloudy strait similar to the milky way. We could not help but admire the universe in unison despite of the freezing cold for a good half hour before heading to bed. 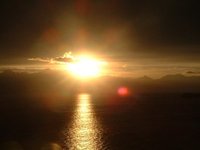 The next morning, I woke up just in time for sunrise, something not to be missed especially on this island 'where the sun was borned'. The stone path leading down to the lake already had heavy donkey traffic. The ray slowly emerged from behind the snow mountain and suddenly I saw an extremely bright circle almost blinded me. 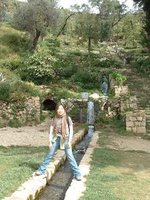 After breakfast, I took the morning boat back to Copacabana and another bus to La Paz, the highest city in the world. La Paz shaped like a bowl, with downtown in the valley and surrounded by suburbs on the mountain. For a second, I thought I was in New York with rush hour traffic, students, office workers in suits and indengious women passing me by on the busy street. After stopping by my tour agent office for the jungle trip to Rurrenabaque, I stopped at the '100% Natural' for dinner, sipping a mixed fruit juice with milk and watching a soccer game between Argentina and Brazil over a delicious and ridiculously cheap chicken salad. 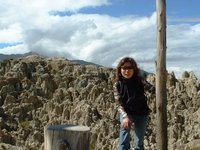 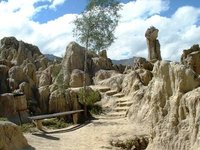 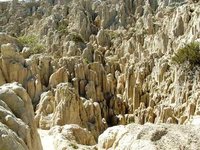 The flight to Rurrenabaque was cancelled due to bad weather. So I spent the day visiting Valle de la Luna which is an area about 30 min from La Paz with very special rock formation. Afterwards, I strolled through the famous Witches Market. 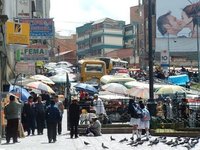 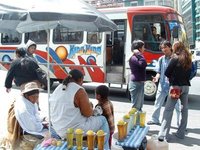 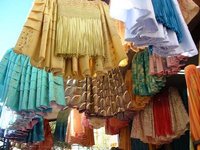